Possible shooting location for the clip

After little research it seems that the video clip for the “A cause de l’automne” was shot near by beach called Sévani, located roughly 10km from the center of Ajaccio, Corsica. Very near by Iles des sanguinaires. 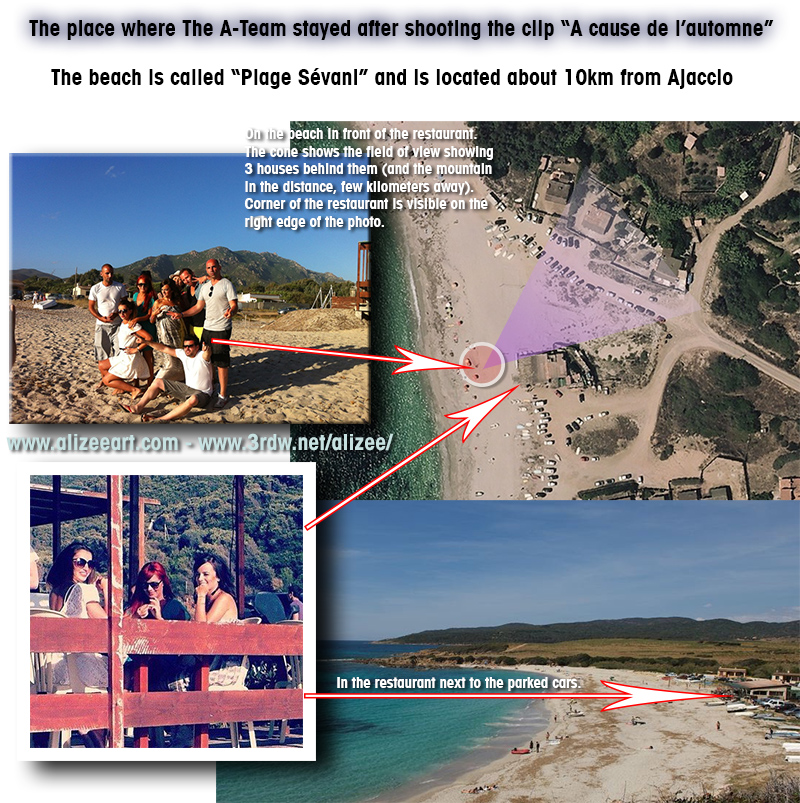 If none of the shooting actually took place on the beach itself, it’s almost certain it was shot near by. We have seen photos of shooting film on the read, likely on the hill nearby this beach, the nature would fit the location.

Either way, the “A-Team” stayed in the restaurant to rest a bit after the long day of shooting…

We surely will see soon for real when the clip gets released!

Tagged with: A cause de l'automne, clip, location, shooting, video