Last Sunday we heard happy news that Alizée would return to Danse avec les stars, after three years when she won DALS season 4 on 23rd of November 2013. Before you get too excited, no, she won’t be one of the regulars. The season 7 is already well beyond its half way, only five couples left.

She will be joining the prime show tomorrow, on Saturday 3rd of December 2016, which will be broadcasted live. Normally the show gathers around 5 to 6 million viewers in France, being the most popular show of the day. She will be dancing a dance trio with her husband Grégoire Lyonnet (one of the professional competitors) and his dance partner Camille Lou (a French singer). The style of the dance will be rumba and the the music they chose for it is “Ma Benz” by a group called Brigitte. 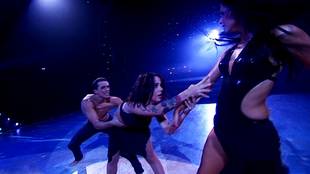 If you still remember from the season 4, Alizée and Grégoire (back then, Alizée’s dance partner), with Candice Pascal, did similar rumba trio on seventh week of the season. A dance which was very well received by the judges and the audience. They managed to get several 10s and total of 73 out of 80 points.

The show will start tomorrow at 20:55 French time. There will be two dances for each competing couple, first round is normal couple dance, the second round is the dance trio. Grégoire & Camille will be the last dancing couple, so, expect to see Alizée at the end of the show. We will, of course, provide videos for those who are unable to watch the show live. Stay tuned for possible live streaming for people outside France. If you are lucky enough to be in France, Belgium or Switzerland but don’t have a TV, you can watch the broadcast live on TF1’s official website (www.tf1.fr) but you must be in one of those countries it to work (it is geographically restricted stream).

For a teaser, here is couple videos which were released yesterday evening. The first video is interview seen on “DALS La Quotidienne” on NT1 channel, and the second video is TF1’s sneak peak into their practice. 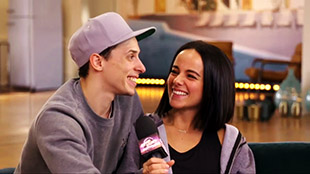 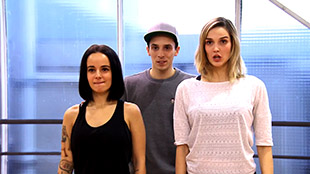