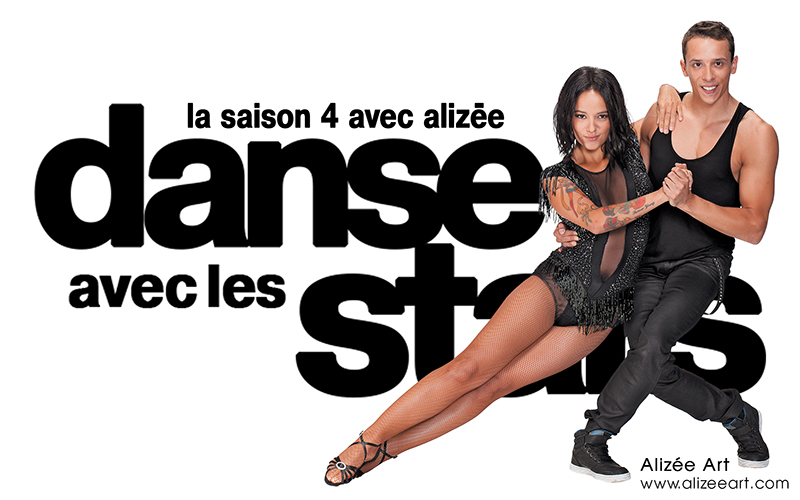 Danse avec les stars is the French version of famous Dancing with the stars show. Alizée finally took part of the show after thinking about it many years. She entered the fourth season (“saison 4”) of the show that started 28th of September, 2013.

(note: This page will be updated little by little as the show progress, so make sure you will return here to find out the newest info an to watch the future shows.)

The average scores shows the performance during the season. Since the eliminating does not base on the scoring, eliminated competitors may have higher avarage score than the ones still in the show. Starting from week 3, two scores are given: artistic and technical. Both scores are counted in the average. Starting from week 5, no bonus scores are added into calculation (such as Samba Relay scores on week 5).

The scores are presented in the order of the performances during the show.