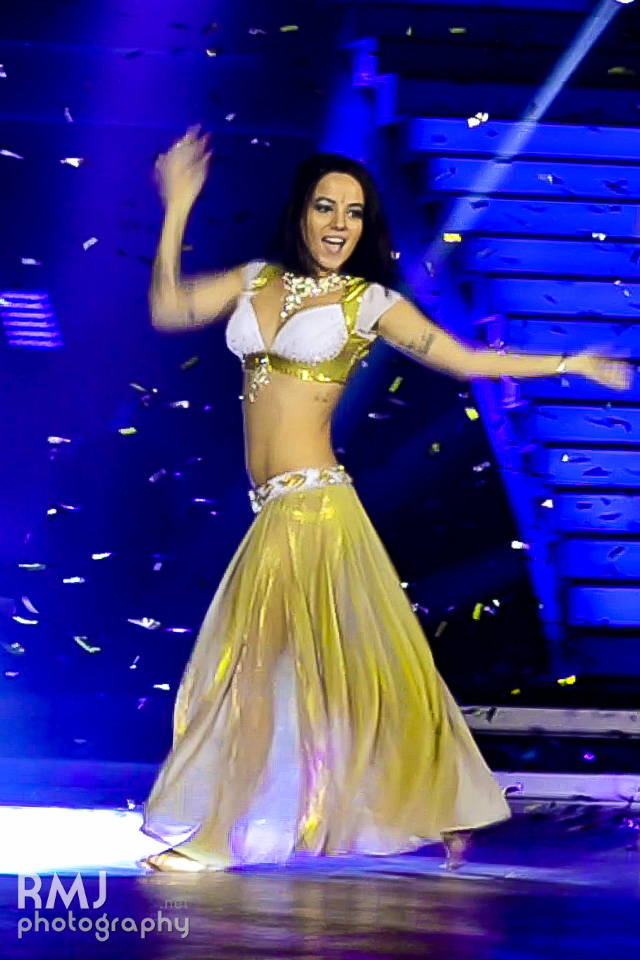 Alizée has confirmed on Facebok that she will participate all 28 shows during this years Danse avec les stars tour.

The tour starts from Nantes next Saturday, on 7th of January. There will be two shows on the opening day in Nantes after which the tour moves to Brussels, Belgium, for one show on the following weekend, on 13th of January, after which they starts touring France, starting from Rouen. The main show, Paris, is on 17th, 18th and 19th of February. The tour will finish in Dijon 4th of March.

This is Alizée’s fourth DALS tour. The first tour, 2013-2014, she was won by a large margin, by stealing 16 wins against her “archenemy” Brahim Zaibat (runner-up on season 4 when Alizée won it), during the 21 shows of the first tour. On the second tour, 2014-2015, she finished second place after Rayane Bensetti, while managed to get six victories. On third tour in 2016, she participated only as a guest dancer for the tour, while the tour was dominated by Rayane Bensetti once again. On this fourth tour, also Laurent Maistret will participate, so, we will have three winners participating on the same tour, with two runner-ups and one third place finisher.

It seems that Alizée will participate the competition this year. For the shows in Nantes, she is one of the fifth celebrities confirmed for the show. The competition during the tour usually has five couples (last year was an exception when Tonya Kinzinger was injured the day before the tour started).

Alizée will obviously dance with Grégoire Lyonnet. During the tour Grégoire will also be the dance partner of Camille Lou, for the dates Camille is able to participate it.

Read more about the Tour 2017 on our dedicated page:
http://www.alizeeart.com/danse-avec-les-stars/la-tournee-2017/