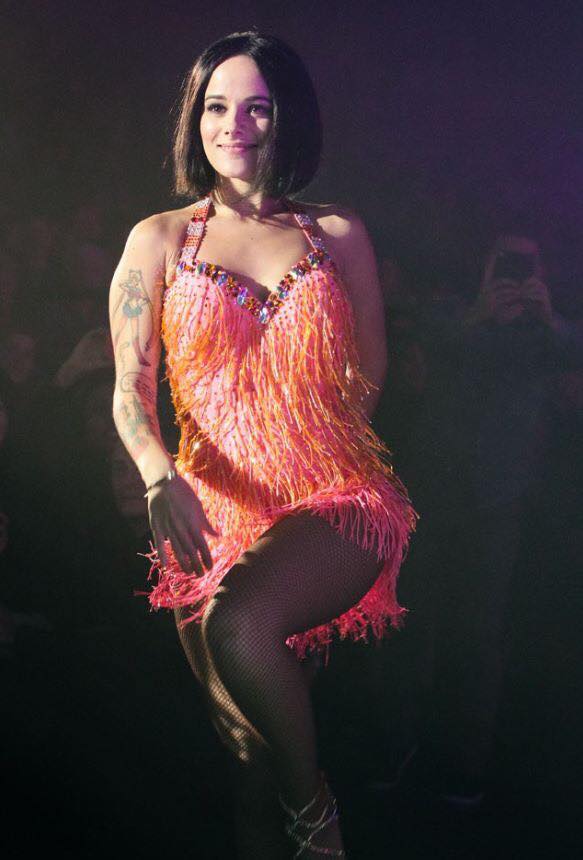 After just finishing three shows in Lille, the Danse avec les stars – Tour 2014-2015 is little by little closing it’s halfway mark. After ten shows out of the 26 announced shows, the winner of Season 4, and the winner of the first Tour 2013-2014, Alizée is in the lead again. During this tour, she has been able to win five shows out of the first ten.

One win behind Alizée, on the second place is Rayane Bensetti, who won Season 5 of DALS. It was thought that Rayane would have dominated this second tour after her recent victory of the TV show. Surprisingly, the tour has turned out to be very even battle between Rayane and Alizée. On third place is Nathalie Péchalat, the ex-dance partner of Grégoire Lyonnet (the boyfriend of Alizée since fall 2013, when they met during DALS TV show).

The show originally had 27 shows announced but unfortunately the second show in Nice (7th of January) got cancelled because of the Charlie Hebdo shooting. The cancelled show was one of the private shows arranged by the Mayor of the city Nice. Now, there is only 16 shows left (unless there turns out to be more private shows), and the next show is scheduled for next week in Amnéville on 23rd of January. From there the DALS family continues to Strasbourg on the following day.

Will Alizée’s luck change during the remaining shows? We in Alizée Art will surely follow her adventure through the tour and keep you updated!

While waiting, here’s a video of Alizée & Grégoire from one of their winning shows in 2014: