This page will be dedicated for the greatest song of all time. From my point of view… I can’t be completely objective when talking about this and I don’t even try to. But I’m sure you will find plenty of facts here that you never knew before. Not only about the song but also about everything that is related to the song. I haver persoanlly even visited the shooting location just to see it with my own eyes. Hopefully this can become the most complete information package of À contre-courant!

Our universes
Against the current
All inverted…
But not for long!
When you’re grounded
Plug me to the current
How I imagine…
Our fusions
Desire each other
Under high voltage
No plugs or sockets…
Of nerves I con..
…ciliate your laughs
And my electrons
A dance of life
A dance of balls

Nothing ordinary
Nothing but good times
Head upside down…
Not for too long.
When you’re grounded
Plug me to the current
How I foretell…
Your intentions.
We charge up:
Maximum tension
The circuit bodies…
Of two lovers
We brighten up
Animal light
The school of e..
…lectro-lovers.

Finding my sense of direction
In life, I think
Passes through the boredom
When you are gone
Find the way
Moments of insolence
Of the march of fingers,
Of my urge for you
When the current passes,
So does the threat
Of the time which clears off,
Which separates us too
And the current passes,
I’ve in me the gall
Of a magnetic field,
And that is magnificent!

Our universes
Against the current
Come back to earth
This time for good
When you wait for me
Plug me to the current
For I envision…
A rebellion
Static is made
When I tell him no,
No more six..
Addresses
It panics me
With electrocution
My insulator
Its the passion!

À contre-courant was written by Mylène Farmer and composed by Laurent Boutonnat, like all the other songs on Mes courants électriques (2003) album. The lyrics tell a story of two lovers who for some reason are apart from each other. The beauty of the lyrics is how the story is told. Nothing is said straight but Mylène used terms from physics and electromagnetism to describe the feeling that she (the main character of the song) feels when thinking about him. Well, that’s just one way to interprete the text as it’s very difficult to understand as is many of Mylène’s lyrics. This can be very fashinating as it gives your mind freedom to deal with the text as you wish. There is no one right answer how to interprete the text.

The music video was directed by Pierre Stine who is also the one to suggest the final shooting location, Triage-Lavoir de Péronnes. Pierre suggested the place as he had already filmed there before and knew the place. He originally found it by his brother. Pierre was very convincing when explaining why this location would be the perfect place for the video, explaining how the building would create strong contrast against the actress (Alizée) and with right lighting and set up, it would simply work. The location was finally chosen and the result speaks for itself. The producer of the clip was a Belgian company called Blueberry. The name appears on the corner of the clip at the beginning, which has caused some false believes that it might be the name of the person who captured it from TV. The promotional VHS tape has a screen before the clip showing information about the clip and listing Blueberry as the production company. 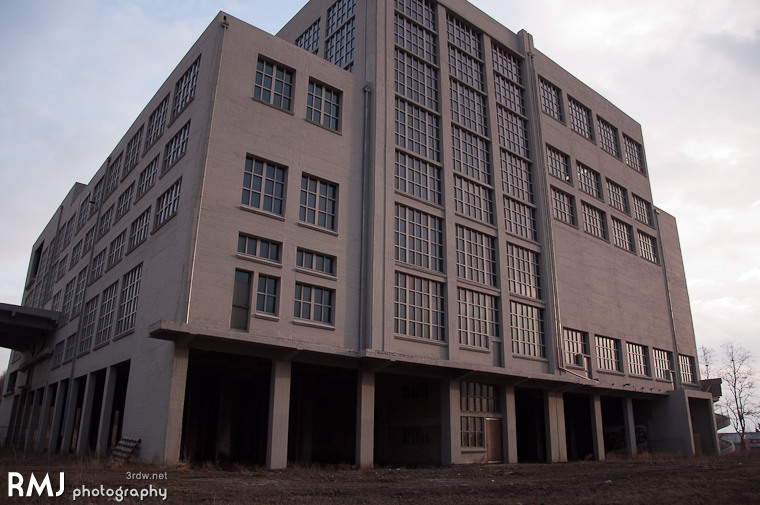 Triage-Lavoir de Péronnes is an old coal washing plant in Péronnes-lez-Binche (today part of Binche), Wallonia, Belgium. It was built back in 1954 with the help of Marshall Plan. Back in those days, the area of Wallonia was very important for coal mining so the big washing plant was built to deal with all the coal mined near by. It could process over 3,000 tons of coal every day. 1969 the nearby coal mines in Saint-Albert and Sint-Margriete were closed which caused the Triage-Lavoir to become useless also and it was closed after only 15 years of active operation. The building was emtpied of all the machines and equipments and generally left abandoned for decades. The buildin was under threat of demoliton in 2000 but on 15th of May 2003, it was classified as a monument and to be saved. 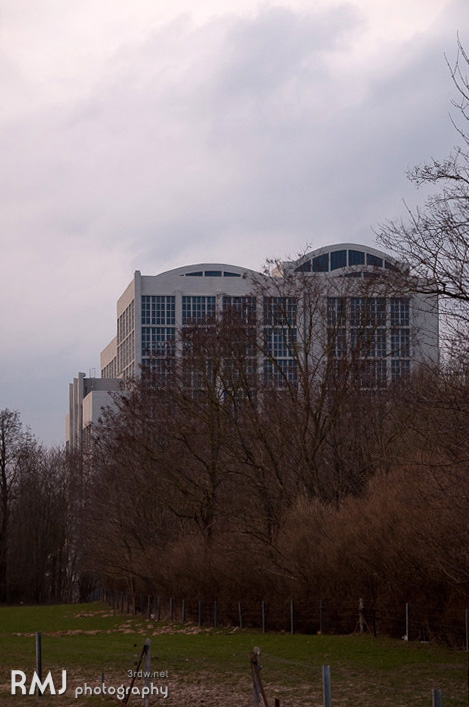 It is currently under renovation financed by EU and Walloon Region. The renovation started back in September 2005 but the work has been very slow. The exterior was redone by September 2006, but none of the work inside has been done apart small section on the front of the building which now has small (unused) office rooms. The renovation cost for the walls was 2.1 million euros, and the total renovation cost is said to be over 20 million euros. The schedule to finish the project is unknown and it is very likely that it will take years, if it ever gets done.

The music video of Alizée was shot back in 2003, so the building was still untouched, in the state where it was left back in the late 60s. Practically all the windows were broken, the interior had lots of graffiti and there were piles os dirt and concrete falling down. The roof was partly broken (and was replaced while doing the renovation). The dust consist significant amount of asbestos, which makes the place unhealthy for longer stay. 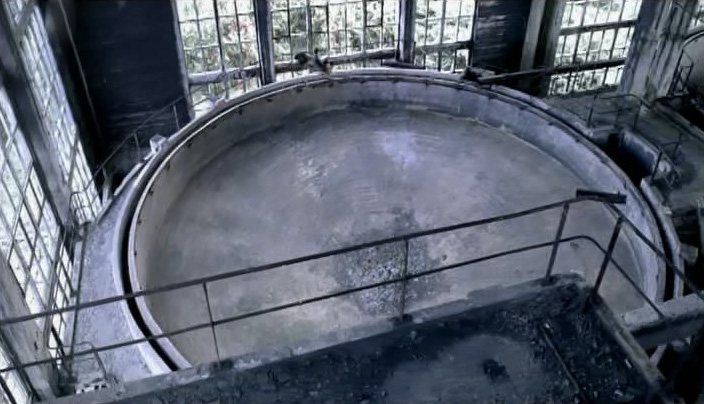 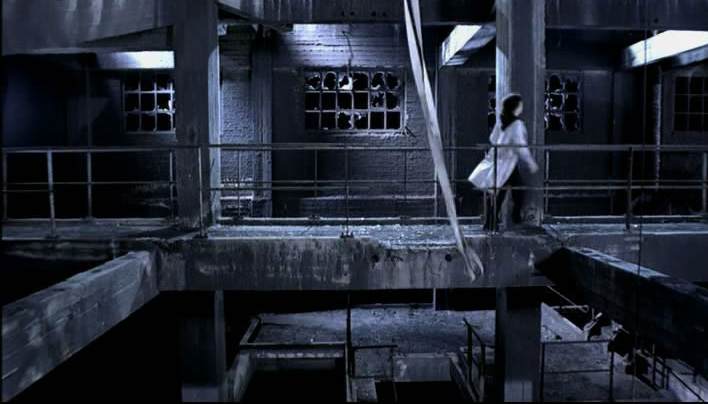 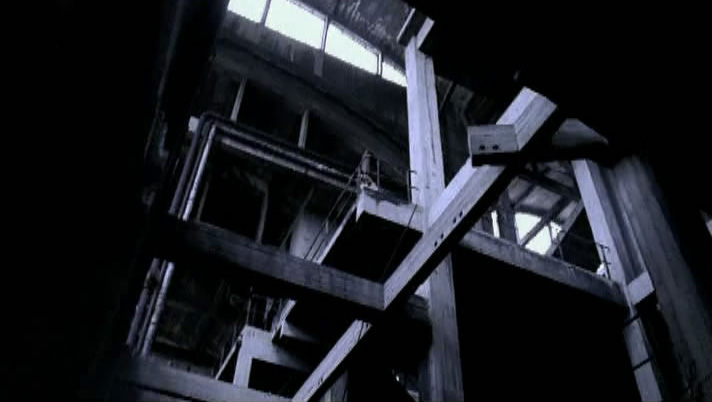 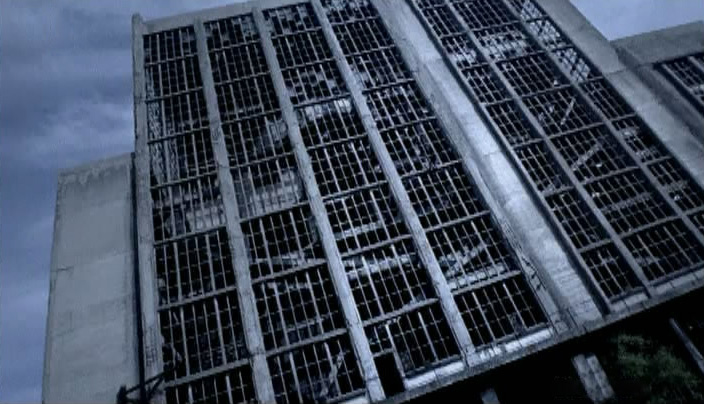 The song was first heard on the album when it was released in 18th of March, 2003, after postponed from late 2002. The single of À contre-courant was released 7th of October, 2003, and it was the third single release from the album. The single CD included also I’m Not Twenty, for the concert promotion. There were also Maxi CD released in 12th of November, 2003. It included 3 remixes and radio edit of the song (which is slightly shorter than the original).

There were also several promotional releases for the radio and television. These include items such as: promotional CD single, promotional vinyl, promotional VHS tape and of course the Beta master tapes for TV stations. Also, all the items available for public were listed on the promotional media plan.

The following tracks were included on the different single releases.

The promotional tour of À contre-courant overlapped with the first concert tour. Even then the song was performed on TV several times. between September and December, 2003. There is also report(s) of the performance dated in the 14th of January, 2004, but that has never been confirmed due to lack of information. The last, unknown performance, was said to be on the French Disney chanel. On the new year’s eve of 2004, À contre-courant were partially performed during medley song which also included parts of Moi… lolita, J’en ai marre and J’ai pas vingt ans.

Dates and places of the performances:

* No hard proof of this performance exist. No photos, no videos, not even TV schedule that would mention Alizée taking part of the show. Only few rumours on forums exist.

Also notable that she performed À contre-courant as the final song (before “encore”) in all her 42 concerts during her En Concert tour back in 2003. The first concert was held in Paris, 26th of September, 2003. The last concert was held in Paris, 17th of January, 2004. Originally the tour was supposed to have 43 concerts but 2 of them got cancelled and finally the “encore” concert for January were added bringing the number of ACC performances up to 42.

There exists two main outfits that she used for the TV performances. Plus, of course, another outfit that was used during the En Concert tour. Also the music video had slightly different outfit. 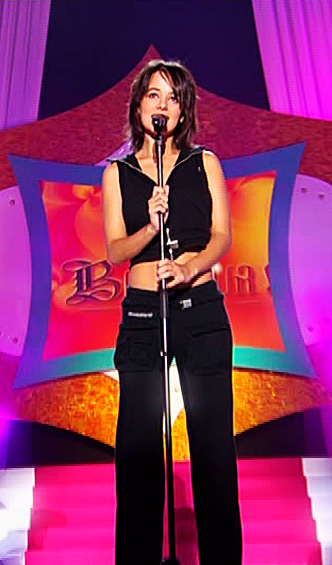 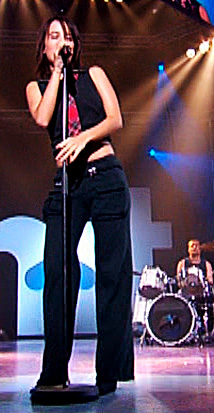 Black pants & black top from the collection of Jean Paul Gaultier. Black high heels. Slight variations during different performances were seen. In most performances she wore also a tie with tartan parttern. The tie seems to be her own addition to the outfit as she also was using it in private with other clothes. Also notable that this same outfit was first used on promotional video of Moi… lolita and in a photoshoot for Great Britain. She also used this outfit on her show case in South-Korea. 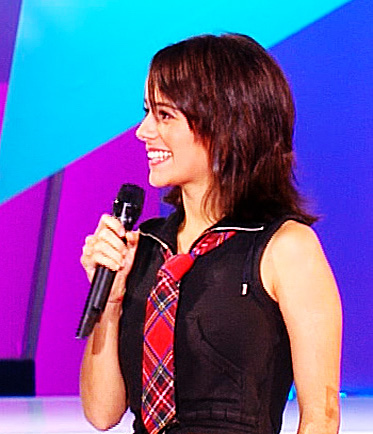 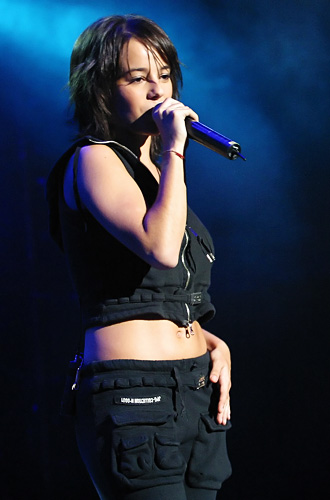 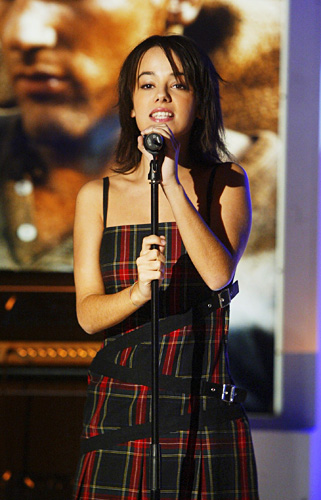 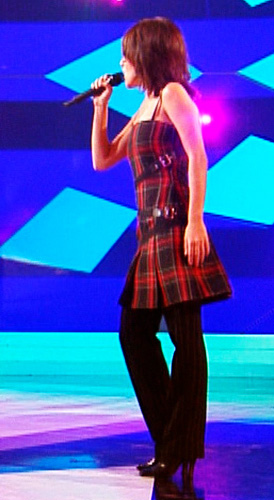 Bright red & dark blue dress with tartan pattern from collection of H&M with striped pants. Black high heels. Also notable that she used this outfit during the performance of Moi… lolita on Star Academy show. 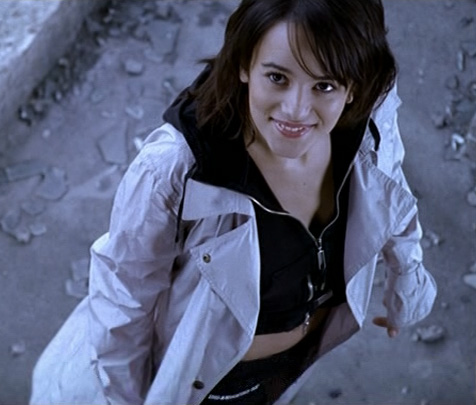 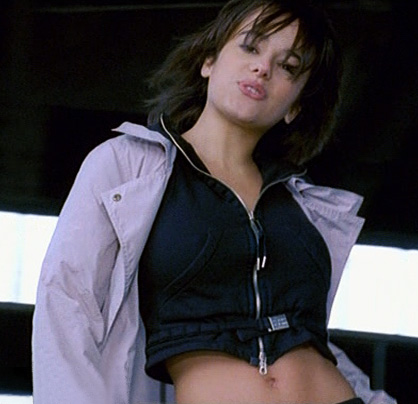 Music video outfit
Basically the same as the 1st TV outfit except that this time she also wore a gray rain coat. Black boots. She did not wear the tie. 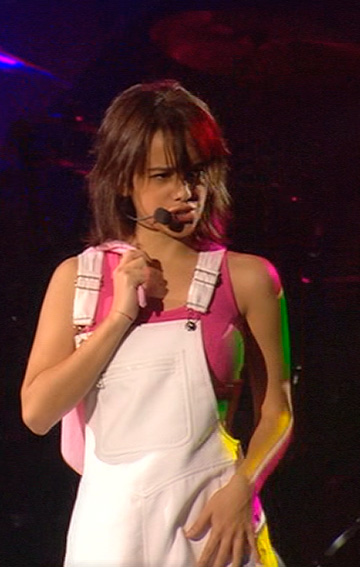 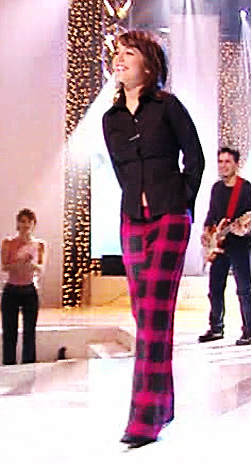 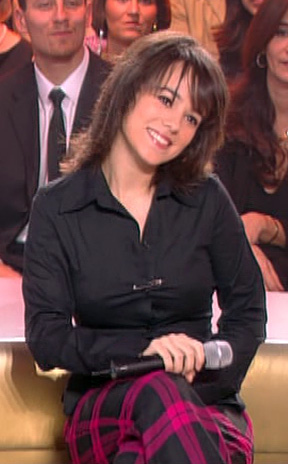 – Her 1st TV outfit was originally used for Moi… lolita’s promotion in 2000.

– Her 2nd TV outfit was also used for one Moi… lolita performance in Star Academy, 2003.

– Disques d’or was the first performance where her engagement ring can be seen.