The name of the album released 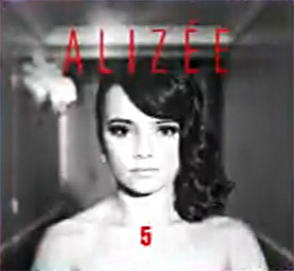 Alizée made an apprearance tonight in Star Academy show where she sang a medley song with her “students”. The medley consisted parts of “Mademoiselle Juliette”, “J’en ai marre” and, of course, “Moi… Lolita”.

However, the bigger surprise was the name of the album and the cover art of it. This was the first time it was shown and the cover art seen. The cover used is from the photoshoot taken recently in Parisian hotel in 9th arrondissement with photographer Julien Lachaussée. On the cover Alizée is in the hallway of the hotel, wearing very classy hair-do.