In the past few days a few interesting photographs surfaced on internet. Maybe they are not quite vintage photos but still quite old ones from 2003, from the beginning of the MCE era of Alizée; named after her second album, “Mes courants électriques…”. 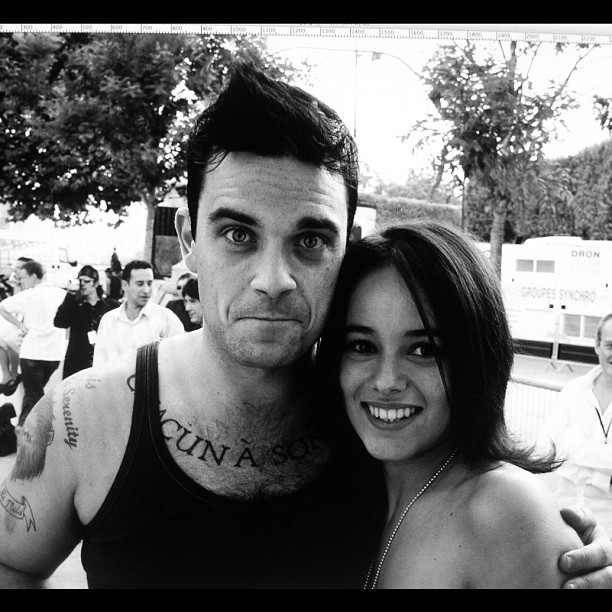 The first photo comes from Alizée herself. A few days ago, she posted it on Instagram with a message (“Memories ✌! Merci à ma @bilitispoirier pour la photo dossier ! #2003”) to Bilitis, her loyal make-up artist who have been following her since the beginning of her career. The black & white photo shows Robbie William hugging Alizée. A day later, another photo surfaced, this time posted by Alizée’s father Jo. It’s again with Robbie but this time in color. 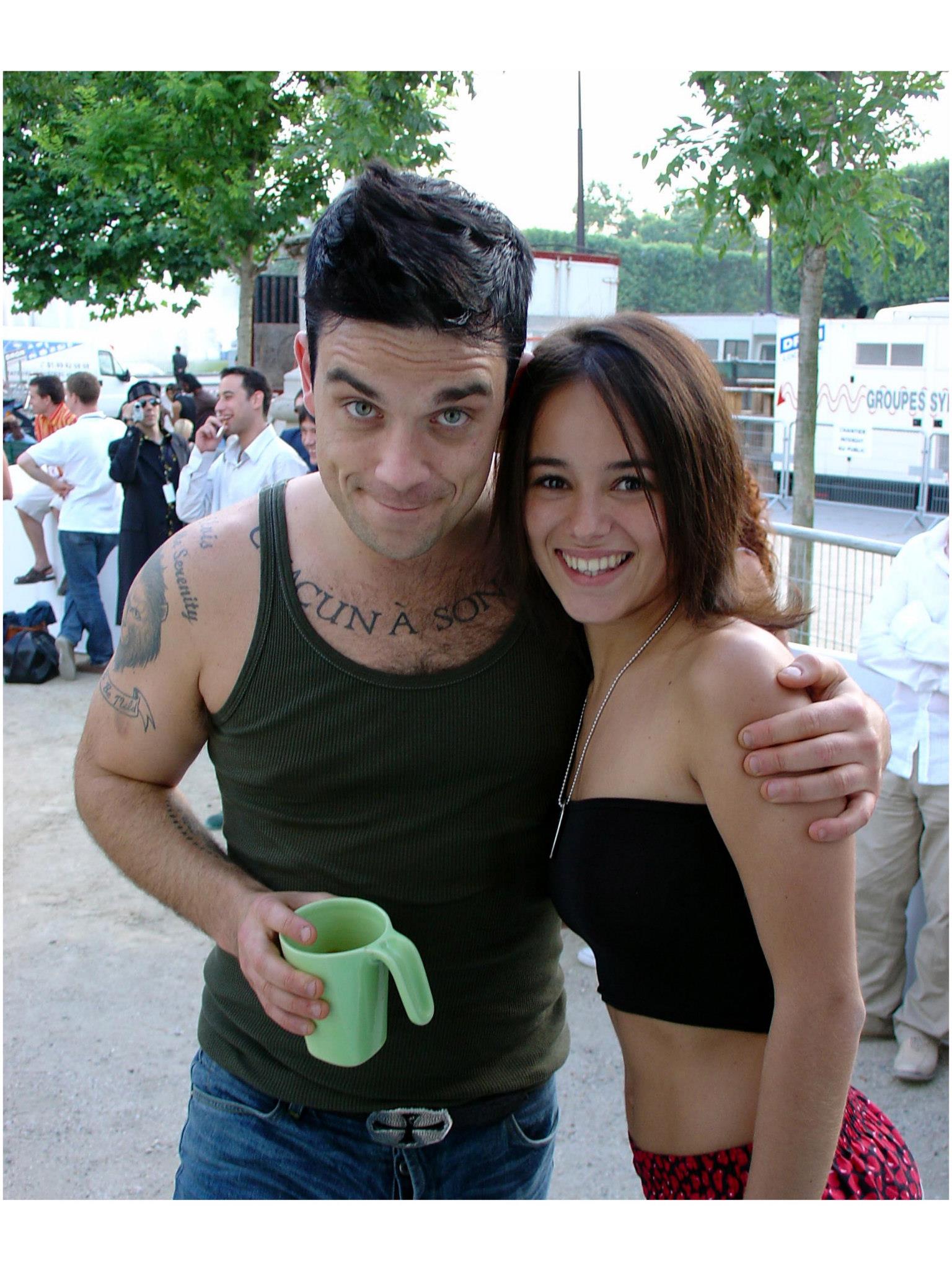 Unfortunately, neither of them mentioned the date the photos were taken. However, a little dive in the memories and a quick look through archives quickly revealed the correct date. It’s, of course, 21st of June, 2003. It’s the day the both great artists had the honour to sing in front of over 200,000 people under Eiffel Tower during the famous music festival La fête de la musique. Robbie had a chance to go first on the main stage, 7900 seconds before the brand new lights of Eiffel was lit the first time. Alizée followed him a little bit later when the sun was already setting, 4200 seconds before the big highlight of the night. Robbie chose to sing a song called “Come Undone” and Alizée stick to her new single, “J’ai pas vingt ans !”, which has become one of her most well known performances ever.

Here you can watch both of the performances on Youtube: 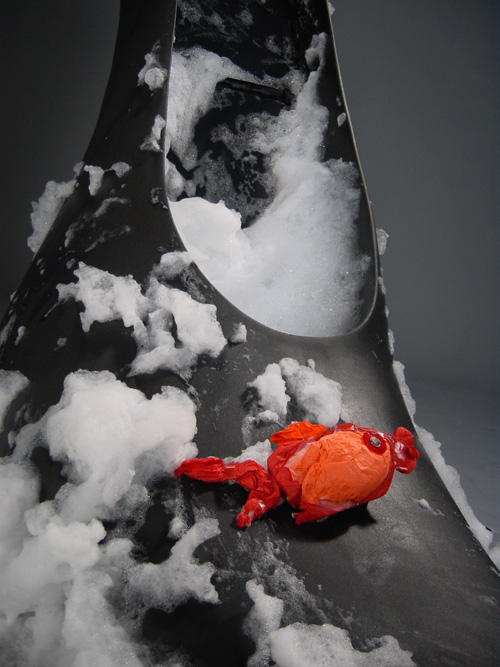 Another interesting photo surfaced today, when Bilitis posted on Facebook a photo of gold fish swimming in white foam… Not just any ordinary gold fish but the one used for promotion of Alizée’s first single (“J’en ai marre !”) from her second album, “Mes courants électriques…”. It’s a fish made up of red wrapper plastic, paper and other materials from which fishies are un-usually made of. The fish made appearance on the cover of the new single “J’en ai marre !” but it was also used in other occasions. Even Alizée herself dressed up as a gold fish in her very own fish tank on her music video! Although, it seems that the most people still remember the gold fish’s smaller cousin that decorated Alizée’s butt cheek on her TV performances.

Here are some memories from those days… 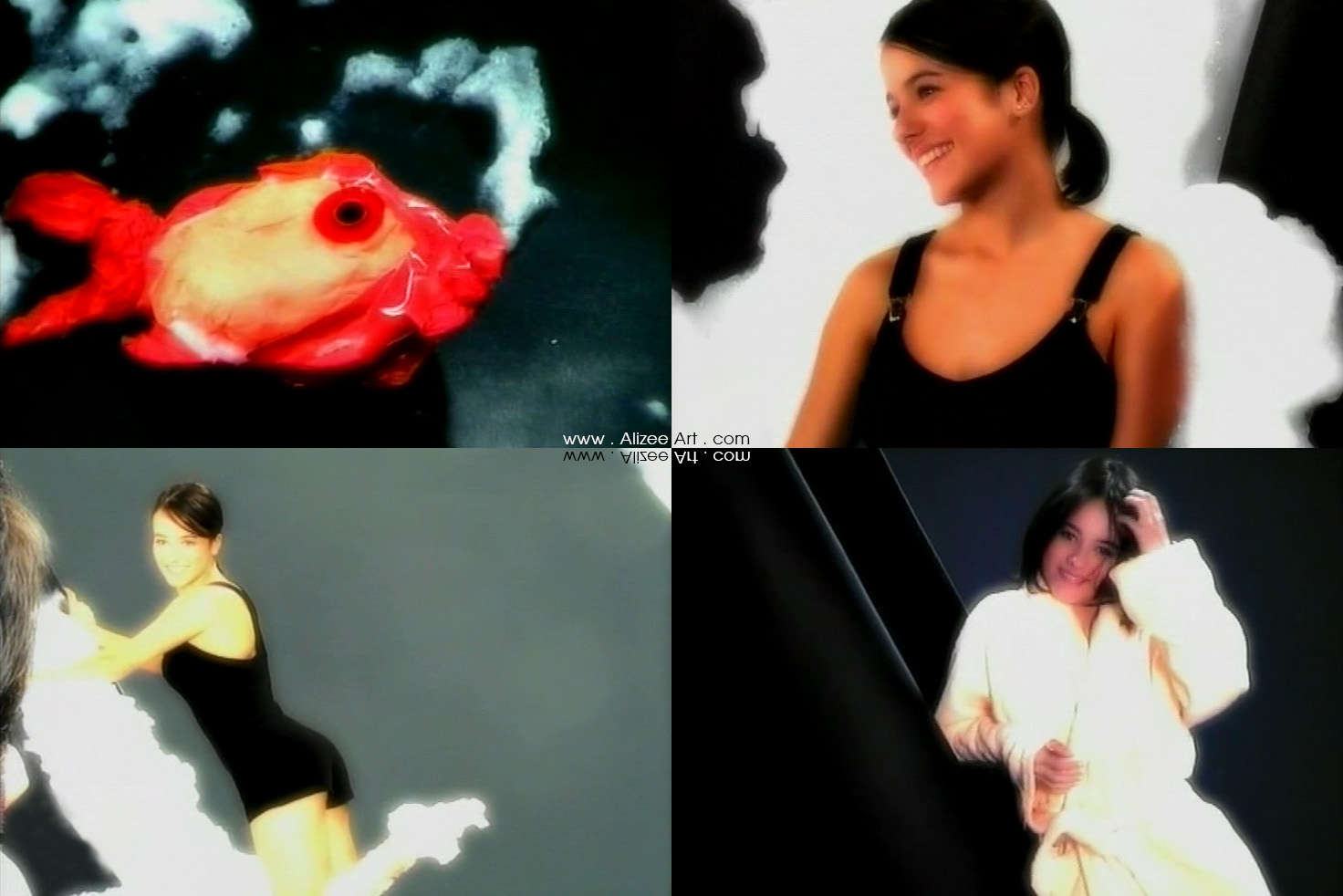 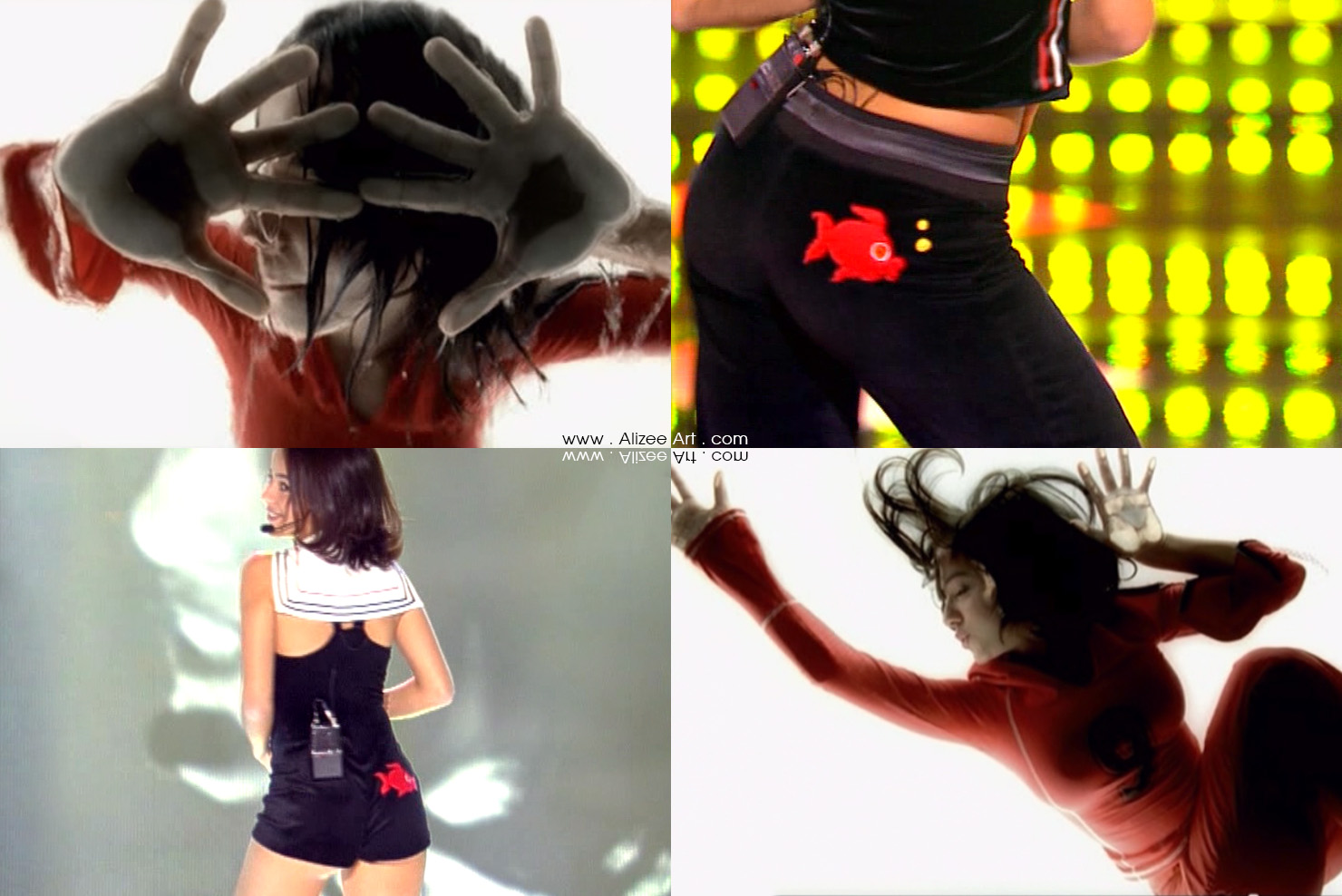