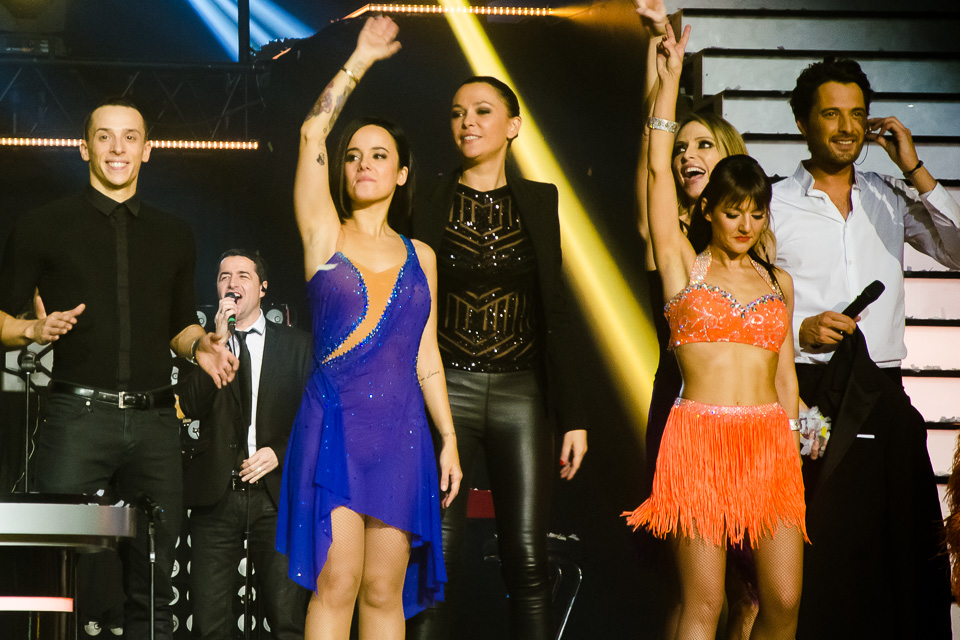 Tour 2017 was the fourth tour of popular French TV show called Danse avec les stars, which runs on TF1 channel every fall (the fall 2016 was season 7). The TV show is a French version of British Strictly Dancing format (Dancing with the Stars in US). The first tour (2013-2014) was so popular, that soon after it finished, a new tour was announced Tour 2014-2015). First dates for the fourth tour was announced on 30th of June 2016, followed by the complete list in the next days.

2017 tour had total of 28 shows, like on the last tour 2016. One of them was held in Belgium (Brussels), and rest of the shows all around France. On 7th of January 2017, the opening city was Nantes, like on second tour. Like last time, tour 2017 started after New Year and not before Christmas like the first two tours did. Paris dates has been moved to mid-February.

The dances of the competing couples were rated by the judges but the actual winner of each show was chosen by the public voting done through internet site. Alizée was the winner of the first tour and the next two tours went to Rayane Bensetti.

The show in Clermont Ferrand, on 4th of February, was a special show with a TV broadcast. The show had 12 celebrities and four judges. Aside of normal ranking of the couples, the show had a team competition, four teams lead by one of the judges. The winner of individual couples was Loïc Nottet with Denitsa Ikonomova. The winning team was coached by judge Jean-Marc Généreux with his team: Camille Lou & Grégoire Lyonnet, Laurent Maistret & Denitsa Ikonomova and Laurent Ournac & Denitsa Ikonomova. 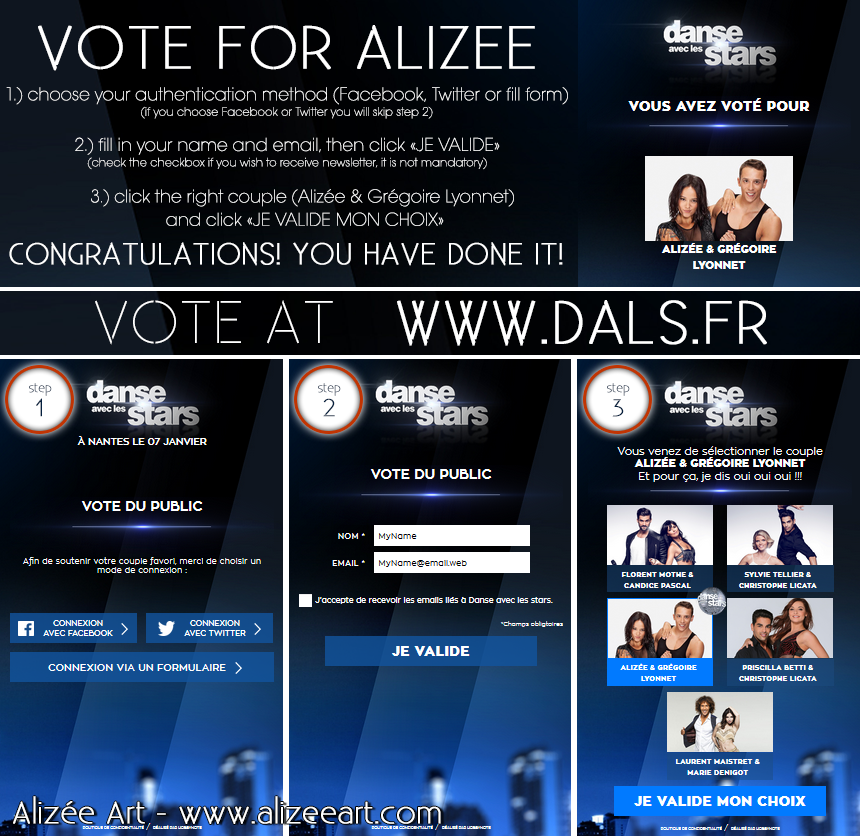 On 2nd of January 2017 Alizée confirmed through Facebook to join all the dates during the tour. This year she will also participate the competition, so you can vote her at www.dals.fr during each show.

Alizée will be dancing with her husband, Grégoire Lyonnet, as usual, but Grégoire will also dance with Camille Lou, the winner of the most recent tour. Camille and Grégoire were partners during it, so it’s natural that they will dance together on the tour also. They finished on the second place on season 7.

The other professional dancers confirmed for this tour are: Christophe Licata (for Priscilla and Sylvie), Christian Millette (for Valérie), Candice Pascal (for Oliver and Florent), Yann-Alrick Mortreuil (for Karine) and Maxime Dereymez (for Tonya). Rayane and Laurent still don’t have confirmed professional partner.

Winners of the Tour