After last weeks confirmation of Brussels and some surprise shows during the next tour, Alizée just confirmed that she will be present almost every date on the third “Danse avec les stars” tour. Only exceptions are 19th, 25th and 27th of February, when she cannot be present. 27th has two shows, so she will not be present in total of four shows out of 28. 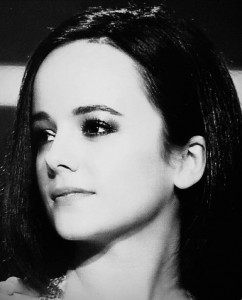 During the Tour 2016, Alizée will face the winner of season 6, Belgian singer called Loïc Nottet. Due to his busy schedule, he will be able to participate only nine shows. Other confirmed celebrities during the tour are Rayane Bensetti (winner of season 5 and winner of Tour 2015), Priscilla Betti, Olivier Dion, EnjoyPhoenix and Fabienne Carat from season 6. Also, Brian Joubert and Tonya Kinzinger from season 5 will join the tour. Only Alizée and Loïc Nottet have confirmed the dates they can attend, so it’s not yet sure against who Alizée will be dancing on each date.

This announcement means that she will not be able to take part on all of the Les Enfoirés dates, which are from 20th January to 25th January. However, because the DALS Tour is also in Paris at the same time, there is a good chance that Alizée would take part on some Les Enfoirés shows. The possible dates are Wednesday 20th, Thursday 21st and Monday 25th of January.


The dates she cannot be present are marked with darker background.