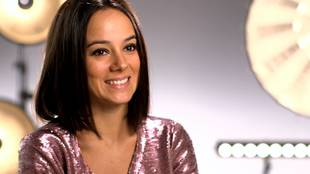 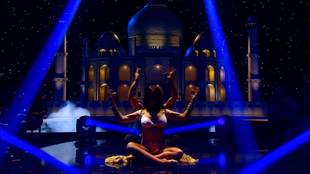 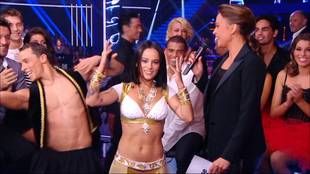 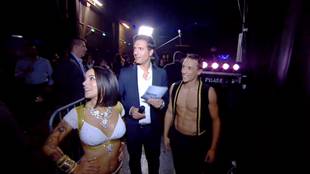 Alizée was interviewed after her phenomenal “Bollywood” dance. The video also includes some random bits where Alizée appeared on Les Coulisses program (direct parallel stream on TF1.fr during the main broadcast).

At the beginning of the week 3, Grégoire takes Alizée to 10th arrondissement in Paris to do some shopping, in Indian bazaar… Over there he reveals to Alizée what is coming: she has to learn to dance “Bollywood” (the real dance style is called Bharata Natyam). Needless to say, they have plenty of fun practicing for the Saturday’s prime show. On the second bonus video of the week, we see Alizée in Saturday’s general practices with other dancers. 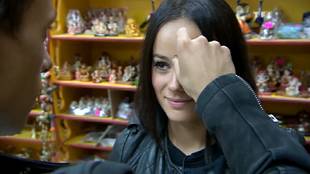 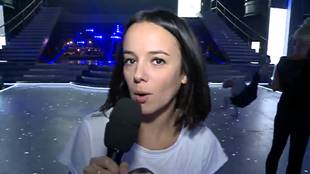 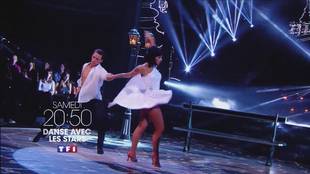 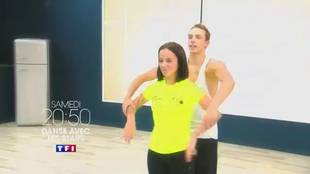 Due to technical difficulties in voting process for the dance duel, no elimination took place. The elimination was moved to the fourth prime show.