Alizée in competition after all – No new album in near future

A very unexpected change for the Danse avec les stars tour. Alizée will, after all, take part in the competition during it! Just when we yesterday posted that she isn’t part of it, or at least wasn’t during the first four shows. Today TéléStar magazine released an interview with Alizée asking clarification of her status on DALS tour. 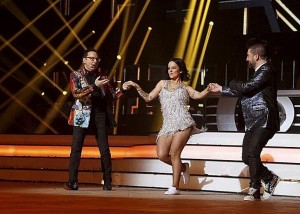 Turns out, the information we yesterday posted was correct. She originally declined joining the competition on this third tour because she had done it twice already in the past, and conquered all she could (she won the first tour, 2013-2014). However, she gladly accepted Chris Marques‘s offer to join the tour as a guest and professional dancer for the group dances.

After the injury of Tonya Kinzinger, things were unclear what would happen but now, it seems they have come to conclusion that Alizée will be part of the competition starting from Paris on 22nd of January. Alizée also posted today on Instagram a small message telling that she is currently practicing new choreography with Grégoire Lyonnet, for the dances they will dance for the competition.

On the interview, Alizée also told that she has come in agreement with Chris that she will continue with the group dances also. Meaning she will be seen dancing even more during the next shows. As a side note, turns out that in Nantes, she also sang with Priscilla Betti during the final of the show. Hopefully this is also something that will continue throughout the tour. 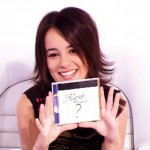 On the same interview Alizée confirmed that currently there are no plans for new studio album. She is happy with the current situation and projects what she has been offered. However, she confirmed that the project with Grégoire is still in process. Details of the project is unclear but it’s some sort of musical dance show. She says they still have plenty of ideas for it but it’s about ready to be released when the time is right.