Here’s the translation of the interview with Alizée from yesterday that was released by Puremedias.com. On the interview we learn about a concert date, about the dancing show “Danse avec les stars”, about her collaboration with Olly Murs and, of course, about her latest album. !

The original French interview can be read at puremedias.com.

Here’s the translation done by RMJ:

Alizée: “Dancing with the Stars can bring me another audience”

Before the beginning of the fourth season of “Danse avec les stars”, on 28th of September on TF1, Alizée had a discussion with puremedias.com about the difficulties of the adventure, her projects and failures. 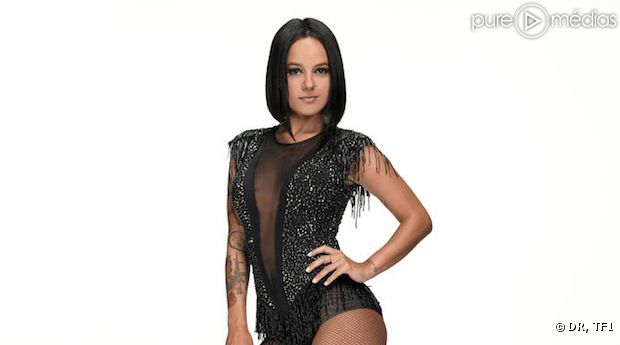 From September 28th, Alizée will walk on the floor of the fourth edition of “Danse avec les stars”, TF1‘s dancing contest for celebrities. On the occasion of the press conference for the show, puremedias.com was able to meet up with the interpreter of “Moi… Lolita”, “L’Alizé” and “J’en ai marre !”. An opportunity for Alizée to talk about the upcoming adventure, her latest doings and also about the failure of her latest album.

“This year, I agreed because I had the time”

puremedias.com: You had already refused “Danse avec les stars”. Why did you accept this year?

It doesn’t scare you that you have to work out several hours a day?

With being able to go back to home every weekend, it’s okay. If I couldn’t go and if I had to abandon my team everyday, it would be a problem but we have found a good compromise.

You are stuck with the next three months with “Danse avec les stars”?

Yes, with the chance that I will stay till the very end. (laughing)

I have done little bit in parallel since I have a duo with Olly Murs which just got released.

Exactly, how did this duo with Olly Murs happen?

Simply because he is on my record label. He is an artist who I liked and loved his first single. He was searching a French singer for releasing “Dear Darlin'” and when it was proposed to me, I accepted right away, without having met. He’s a great singer of British pop. He reminds me of Robbie Williams, who I adored when I was young. Besides, I will be with Olly Murs on the stage at the Trianon on 30th of September.

You have started the training for “Danse avec les stars”. The chemistry is good between you and your partner?

We remember you younger with the coreographies. Can it help you or not?

Yes, memorized already. Afterwards, the basic rhythms, and so on… But I still feel like starting again. And unsteady, also.

Have you talked with the past participants?

Obviously. I have discussed with Emmanuel Moire, Lorie, Amel Bent… All these persons who I see every year during Les Enfoirés. There I have talked with them. The phrase repeated to me is “have fun”.

Do you think that “Danse avec les stars” could also relaunch your carrier? Your latest album, “5”, did not have much success…

We are touching a different audience. On the the last album, I think that it was really well received within the illegal downloads and that is in contradictory with the number of sales of the album and the amount of people who is following me. The people on Twitter and elsewhere are faithful to me. It can bring another audience that wasn’t necessary there before and they can find me, now that I’m myself. I’m not talking about just music, but what I have done so far. There are days when things work out, and there are days when things don’t go well.