On Wednesday, Alizée held another autographs dedication session, this time in city called Grenoble, in south-east of France, at the foot of the Alps. Like in the case of Metz, we now have a short reportage how it went in Grenoble. Thanks to Michael from Switzerland, who again, went to see Alizée and wrote this great story.

My second rendez-vous with Alizée in Grenoble, France.

Nine days have passed since the autograph session at FNAC in Metz, where I [Michael] met Alizée personally the first time and her autographed picture on my desk brought back the memories of this wonderful day each time I looked at it. Somewhere in the late afternoon I decided to check my Facebook account and an announcement of Radio Malherbe Grenoble caught my eye:

“Autograph session with Alizée on 24th April in Grenoble”

I couldn’t believe it. Another autograph session in a city close to Switzerland was announced which provides me the opportunity to meet Alizée again after just two weeks!

Five days later I started my car trip to Grenoble at the morning of a lovely pre-summer day. 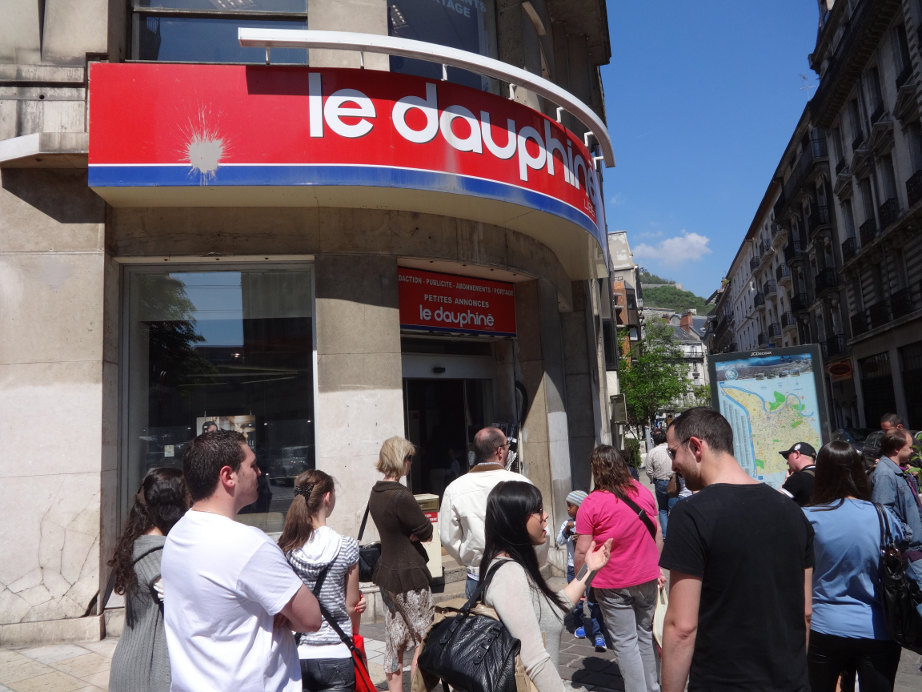 The journey went from Zurich through Bern, along Lake Geneva to the French border and a further 140 kilometers to Grenoble. Finally I arrived around 14:00 at the accommodations of “Le Dauphiné Libéré” where the autograph session should take place. As expected a group of Alizée fans already waited patiently in front of the entrance. However I realized soon that this would be going to be a very small event as not more than approximately forty people were present.

So I enjoyed the sun while waiting for Alizée’s arrival… 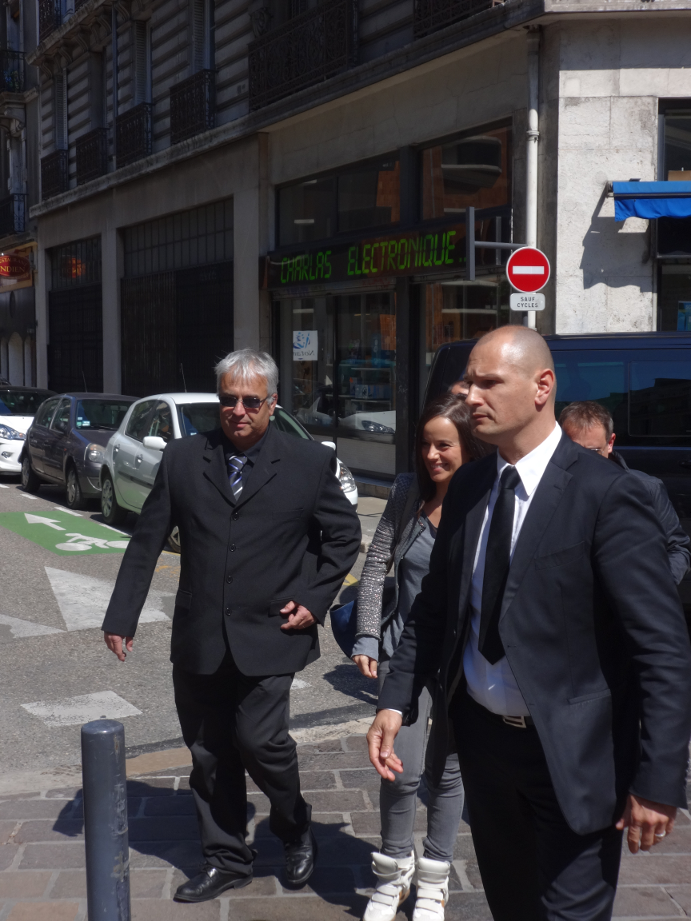 As two weeks ago in Metz, she arrived with a delay of half an hour around 15:00, flanked by security guards.

What followed now was a significant difference to the session in Metz. We all had to wait outside and weren’t allowed to wait in the accommodation of “Le Dauphiné”. Admittedly this was a very small room and as it was a lovely sunny day, waiting outside was rather comfortable.

However this procedure prevented me from taking lots of photos of her during the waiting period as I did in Metz. As a result I was going to return to Switzerland with just five or six pictures instead of more than two hundred when I was leaving Metz two weeks before.

Well, approximately twenty minutes after Alizée’s arrival I was allowed to enter the newspaper’s accommodation. As I noticed several people standing in a semi-circle, I presumed they were also waiting for their turn, so I queued up – civilized as I am. However they glanced at me slightly irritated and the present security guard told me “Allez-y!” (go ahead!).

Oooops! At this moment I realized that the other people present were employees of the newspaper just watching the session and it really was my turn now. As before in Metz, I was totally surprised that it was up to me again.

So, I approached Alizée looking forward to further magic minutes and said something like “Salut Alizée, comment vas-tu?” (hi Alizée, how are you?). Instead of standing in front of her desk and looking down to her, I decided to kneel down in order to be closer to her and to be in a better position to look into her beautiful eyes.

Suddenly I remembered that I have promised Ronny to greet her on behalf of him, so I said to her: “avant que j’oublie: bonjour de la part de Ronny de Barcelone”. (before I forget: greetings from Ronny from Barcelona)”. She replied just with “Ronny!” and smiled lovely.

Now it was time for the mandatory autograph, and much more important, the souvenir photo.

I wasn’t really satisfied with the one taken in Metz by the radio presenter, so I hoped for a much better photo this time. 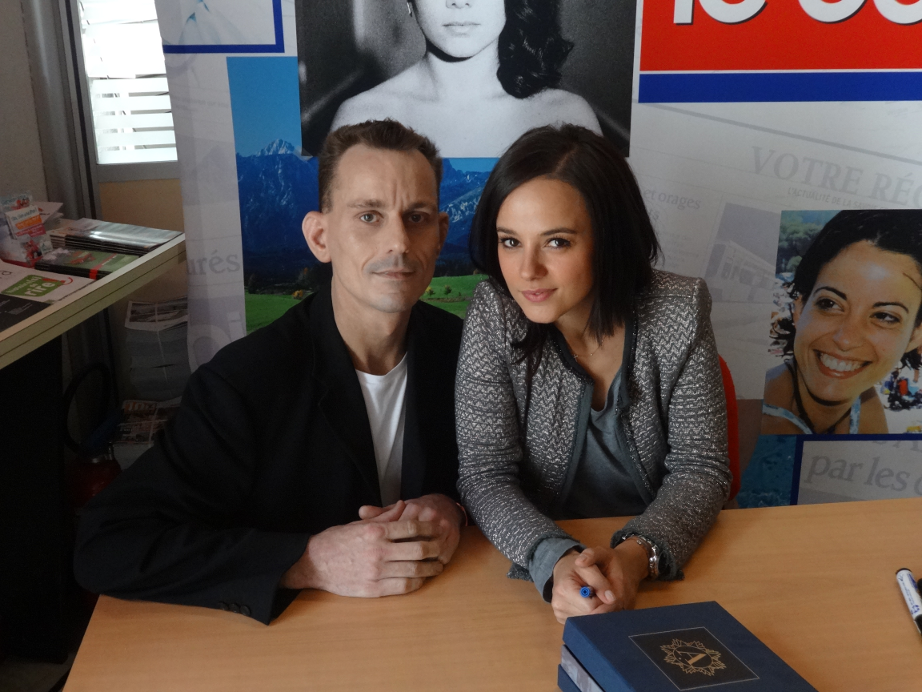 As Alizée did already sign her new album “5” for me in Metz, I brought the Une enfant du siècle box with me this time. So I put the box on the table and she asked me to whom the box should be dedicated to.
I told her “pour Michael” and as did in Metz I again pronounced her my first name. While she was signing the box I told her that she already signed the new album for me in Metz and asked if she remembers me. She didn’t say “Oui” but she nodded with a touch of a smile, so I assume she really remembered me, maybe due to my “complicated” first name?

After having signed my box she put it in front of her on the table and approached me for the souvenir photo. This time she was faster than me and I must admit this was a great feeling that she approached me firstly and not me to her!

After the Metz experience with the souvenir photo of let’s say average quality, I previously instructed the security guard how the zoom of the camera works, and he did a really good job.

Many thanks to Alizée for these minutes of pure magic!