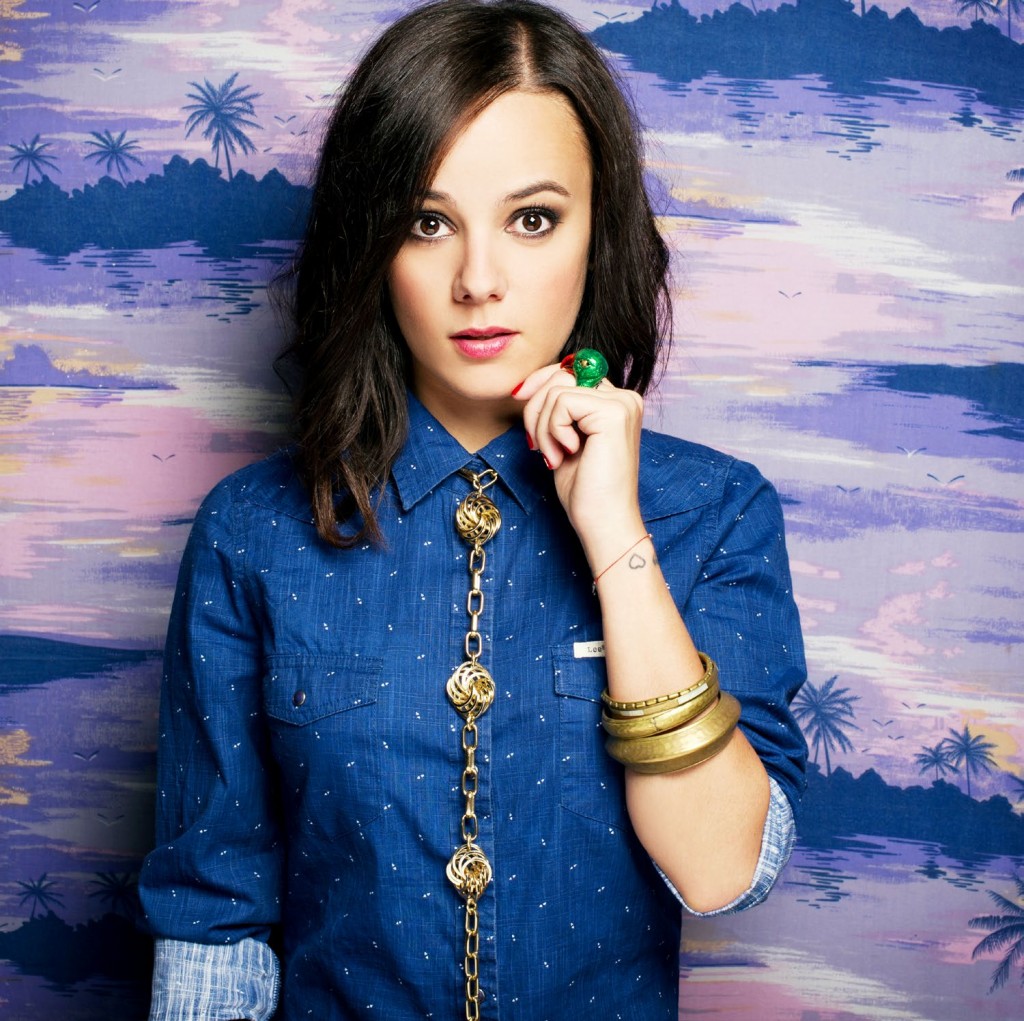 Today was released digital copy of Pose Mag for free download. Alizée had 14 pages long article on it, featuring a three paged interview and lots of beautiful high quality photos. Here are the the stripped down version of the magazine (original is almost 60MB in size). Also as a exclusive, we have a full English translation of the interview and even a English PDF for easy reading! 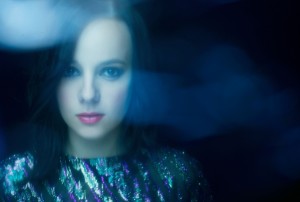 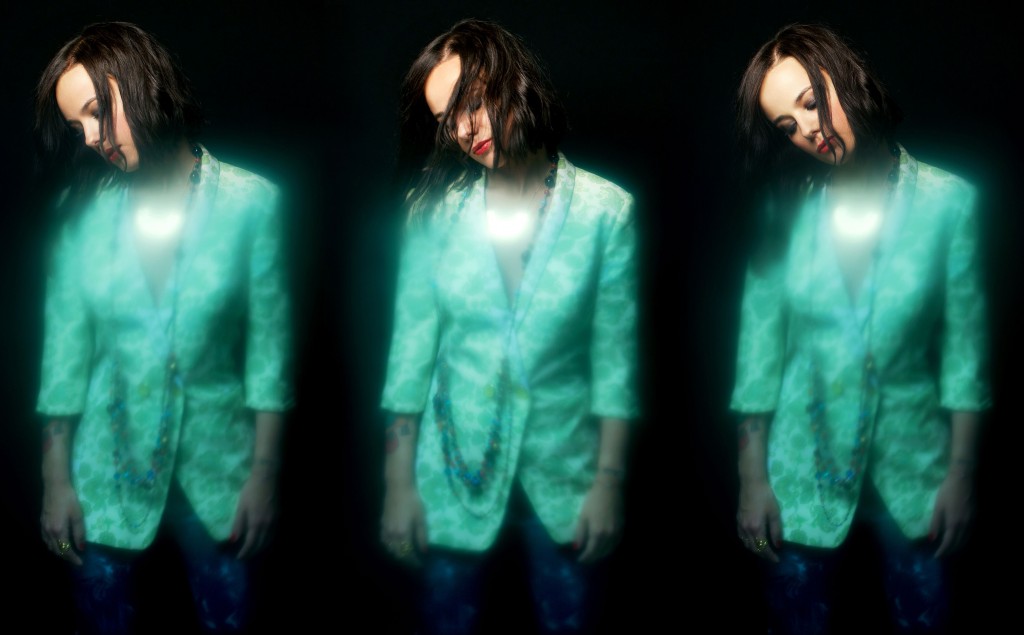 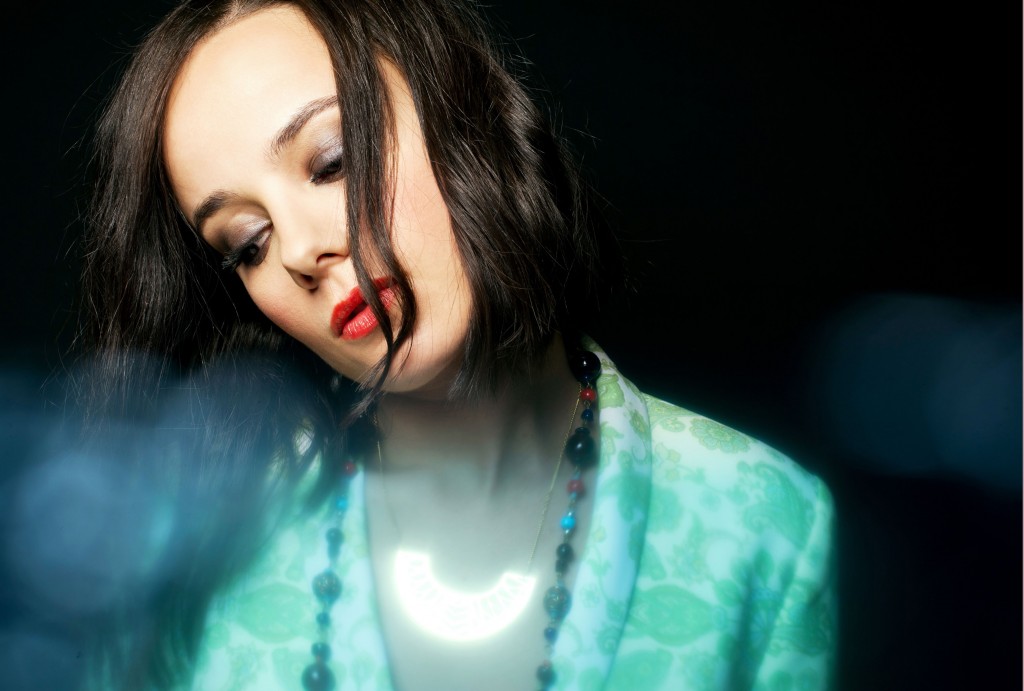 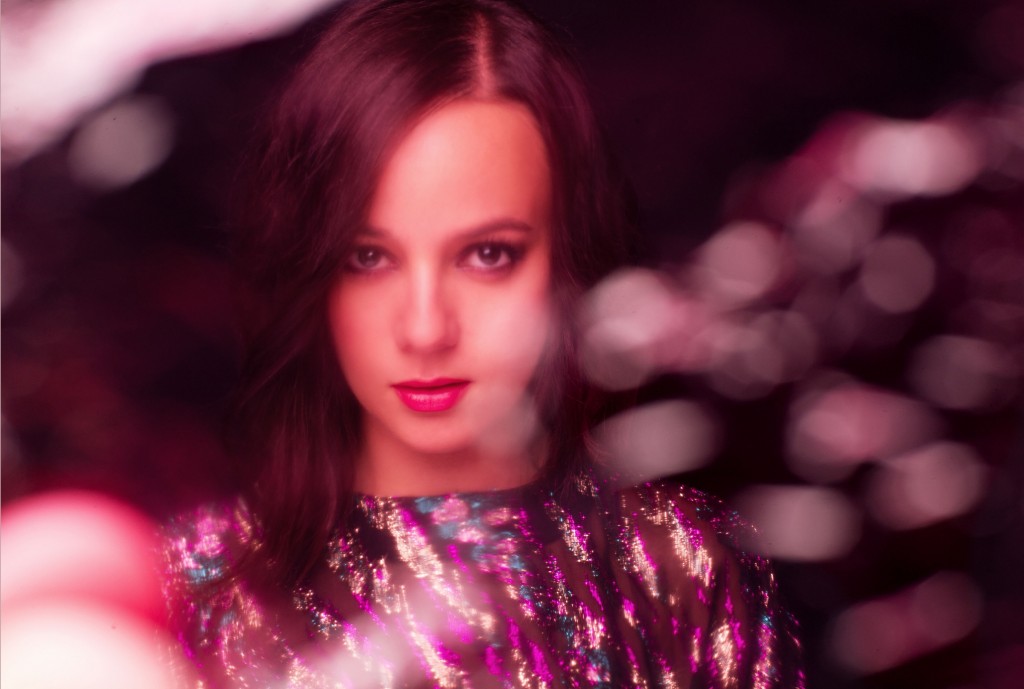 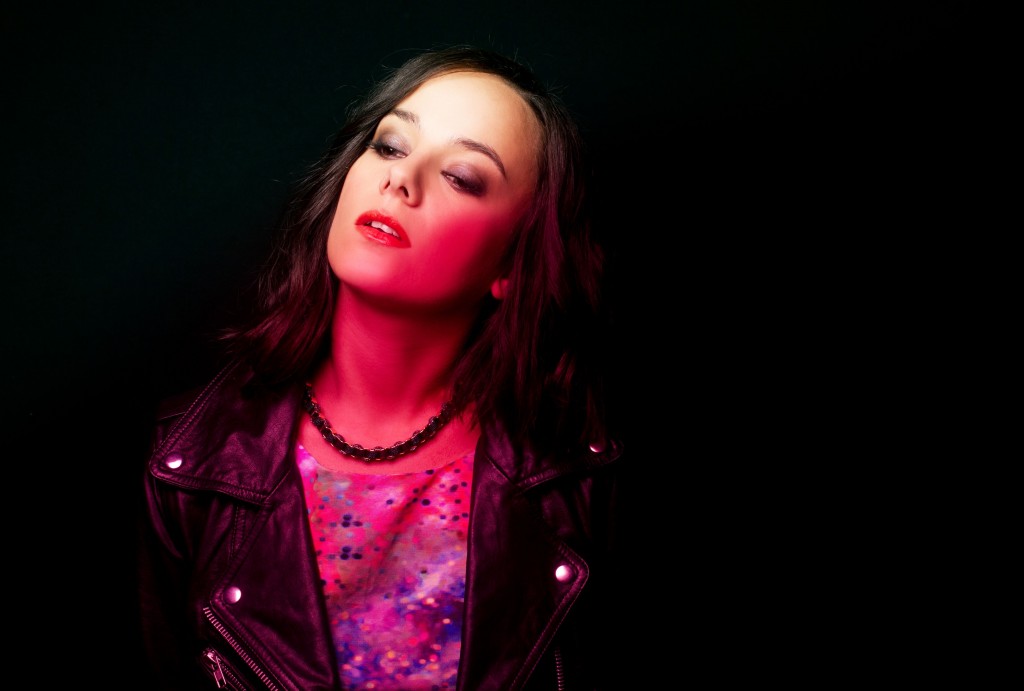 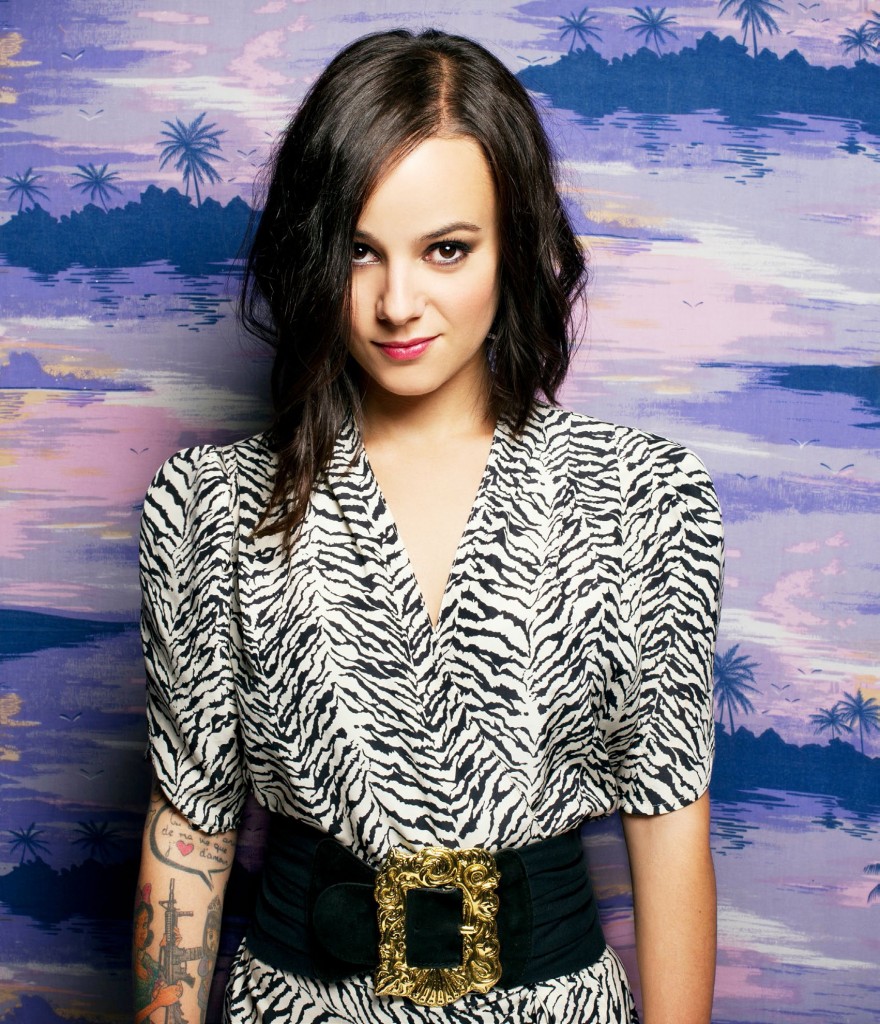 And here’s the interview, translated by RMJ.

Thirteen years after her first hite “Moi… Lolita”, Alizée continues her singing career and is back with a fifth album. After trying pop and recently electronic, this new album “5” is an album with sixties sounds with very personal lyrics. Just before she was posing for us, we asked her few questions about the return and her joyrney since the beginning.

Three years after her album “Une enfant du siècle”, you have woken up and return with a new album called “5”. How did you feel on the eve of this release?
Well, because I think when we are doing the things we love, we can assume, we are in rush to share it. And above all, I always take the time when I do things and then I cannot wait the new album to be released.

The album was well received and we have seen you a lot on the media since the release. In July, your first single “Moi… Lolita” will celebrate its 13th birthday. Did you expect to archieve such a career?
Not at all, because when I started singing, it wasn’t my childhood’s dream. I wanted to be an artist but more in dancing and when I started to sing, I felt that it was a chance given for me, to start in such place. After, I had no idea where I was going to end up, so I took advantage of it and had fun, like it would be the last day of it.

If you had to sum up your new album in three words, what would they be?
Modern, sixties and personal.

Many artists fall into the easy with albums sounding like David Guette type of music, while you, we can say that each of your album has a really unique universe. Is it possible that you could lead into this type of music one day?
I think that once we have met people like Château Marmont, for example, after my fourth album which was electro-music, the bar was very high. It was electro-music with quality. I’m not saying that David Guetta style doesn’t have the quality, I have listened this kind of music, but I think I would not drift into it. I will try to explore different worlds.

Your albums has been selling very well internationally (Mexico, Russia, Italy…), how do you explain this success?
For the first albums, it was thanks to “Moi… Lolita”. This song allowed me to travel around the world. Now, it’s more in Mexico where my albums comes out. The reason, I don’t really know, we should ask them. But as a French singer, it’s an honour to sing to foreigners and especially in French.

You don’t have the desire to sing in English?
I had a song in English and in Spanish on my previous album but in fact they enjoy more when I really sing in French.

To return to the new album “5”, there are very personal songs liek “10 ans”, for example, in which you mention your about your relationship with your ex-partner and the father of your daugher. Are these titles for letting the steam out?
On this new album, I felt ready to speak more about myself. On the previous albums, I hid behind the word play, the double meanings, and I enjoyed that for not talking about myself. And on “5”, I’m finally ready to reveal myself. I think that for the singers, it’s like therapy when we can talk about us, it’s a way of saying we are not the only ones in this situation and the people can recognize themselves on these stories.

You weren’t afraid of the reaction of your daughter? And besides that, how does she see and handle your career? Did you ask her opinions of the songs?
No, because it’s not about settling of scores, it’s about feelings. Since she was born, no matter the subject, I have always explained to her the things, whether they adult matters or children matters, because I think that children understands almost as well as adults.

Which is your favorite track on this new album and why?
It’s difficult to choose because each song has a story and I think it’s like having several children and trying to choose which one is your favorite. Each child is different and unique and it’s the same with the songs.

28 years old, mother, 12 years of career and you still seem fresh and young. Could you share the readers your secrets of beauty?
I don’t really have any. It’s true that I’m often told to look younger than my age, hopefully it lasts! But I don’t really have any secrets of beauty apart from being fulfilled, doing that work I love, having my daughter, living in the sunny place and protect myself and sleeping well.

How do you keep up with the fashion?
I have always loved it. Since I was young, I always loved dressing up, disguise myself, to wear the cloths of my mother and in my job, I estimate that it’s 50% image and 50% music. It’s important that the people can relate to us, to understand the personality… It’s to create the look and at the same time, me, I’m in to the fashion because I like it. But I don’t buy the things because they are in fashion. I buy when it really pleases me and it’s what I want. Fashion is a loop, there’s always trends tha come return, just like in music. This is also the case in my new album that sounds very 60s. I find fashion and music to be very well linked.

You know the blogger Tokyobanhbao, we often see photos of you together… How did you meet up, was it through her blog?
Yes, first through her blog because I love the fashion blogs. I’m more into the blogs than into the fashion magazines because I think they are more adjusted to the real life. The blogs reflects better what we would wear. They are also much more accessible because the bloggers gives tips for shopping without bankrupting… And one day, I came across the blog of Tokyobanhbao and since I’m fan of manga, I felt that her blog was very nice and there was sometimes a kind of mascot wearing the clothes that she would like to have. I had an idea of her designing a tattoo of my daughter in manga style and therefor I emailed to Tokyobanhbao without telling who I was and simply exposed my tattoo project. She designed and I took the tattoo. Few months later, my album was released and I did the promotion and one could see my tattoo. So, my fans found out her blog and messages to her asking if she was the author of the design. She contacted me right away and we have been friends since then!

And the next tatoon, what will it be?
I don’t know. I still have to work on my arm, I have small holes to fill, but I always make tattoos for something, for someone, for a story but at the moment, I don’t know. We will see what happens to me on the following months!

How would you define your clothing style in the everyday life?
It depends on the day. There are days when I’m on “cool” mood, in snearkers… I might have high heels also. I think that I don’t have any particular style. After, it’s true that I’m in Corsica and take my daughter to school, I like wear “smart casual”, I would say, but it depends. I have a work where there is everyday something going on… But it’s most important that I feel comfortable. I don’t wear high heels just because the shoes are beautiful. Suffering, it’s not my thing!

The piece of cloth you could not be without?
My leather jacket, because I put it on no matter the season and it’s timeless.

There’s a song called “Dans mon sac” on your new album. And well, could we know what’s in the bag of Alizée?
Good question! I travel a lot, because I live in Corsica and I have to go every week to Paris, there’s a bit of my life in my bag. Therefor it’s always very heavy! Today, I have tried to lighten it and I took a smaller bag but I filled it to the maximum and still I was feeling like something was missing. I have always listened to music, which calms you down on the route, like the tv show that I watch on my mini-tablet, which fits perfectly into my bag, I also always ahve many things of my daughter and always a first aid kit for make-up, plasters, cream…I’m always like “just in case…”!

Your latest favorite music piece?
I like a lot Alerx Hepburn, I really like her voice. I discovered her at the Olympia during the 20th birthday of Gala magazine and she sang few songs and I really adored her voice. I really like the singers who are safe but have something special in their voice. She, she has a broken voice, we can she she has practiced it and I find it super sympatic.

It seems that you will take part on the next season of the show “Dance avec les stars”. Could you confirm us that you are taking part of this show?
Nothing has been. They call me every year for me to do the show. The last three years, I couldn’t because I had other projects and therefor it didn’t work out. This year, it’s not much further than than on earlier years. There’s few things that will decide if it’s possible for the schedule. So for now, neither yes or no!

What’s planned for this summer and what are your other plans for the fall?
For this summer, there’s are no specific projects but for the beginning of 2014, there will be a tour. It’s currently under discussion so I don’t have the exact dates. I will also go to Mexico and to few other countries where is demand.

Last words for the fans?
I’m really touched by your fidelity because I think that a singer doesn’t exists without fans. The fidelity, it’s the most important. I thank you and I hope that the adventure will continue as long as possible.