Jive Epic, the current label of Alizée and subsidiary of Sony Music Entertainment, posted on twitter telling that the screencaptures circulating on internet are not from “the official” music video of “A cause de l’automne”.

The clip was supposed to be released at the end of August or early September but due to the delay of album the clip was also delayed. But that’s not enough, now the clip doesn’t even exist anymore! Even though it was ready to be released already! Currently they are desperately trying to delete the video from internet by blocking it on all the video streaming sites (such as Youtube).

They promises “the official” video clip at the end of October.

The images of Alizée that circulates are not screencaptures of the official clip of “A cause de l’automne”, they were shot on Corsica during the recording of the album. The official clip will be released late October.

However, what they do not say is how come this “non-official clip” ended up to PS3 VidZone, where it was released just like any other music video would be. And how come it looks like a real music video, too? Also they are blatantly lying about the fact that these aren’t shot for the official clip. The team of Alizée announced this shooting on 15th July (the day when they shot it), we saw several photos of the crew filming this clip and Alizée and her friends wearing the exactly the same clothes as on the clip. They were all very excited about it and posted on Twitter and Facebook about it. It also doesn’t quite explain why exactly is Alizée singing and acting in all the scenes were see her on the video…

Also what they do lie is the recording part. Alizée has not been recording the album in Corsica but in Paris and Brussels. She has informed us everytime she’s been working with the album, with plenty of photos included and her travel plans shared with us.

Anyways, if Jive Epic decides to stay behind their words then it’s good for us, of course. Why? Well, because this means we will have another clip of “A cause de l’autumne” late October! 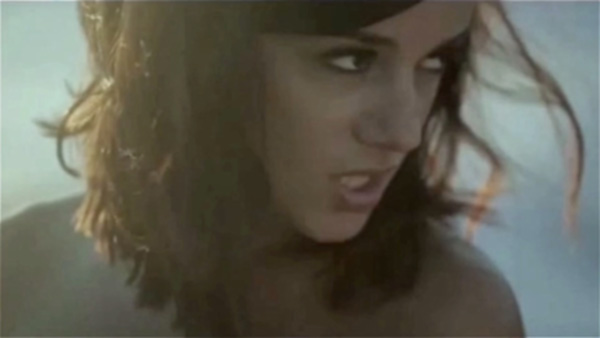