Rumors of a new tour have been circling for over a year now, with Alizée always saying how she would love to do another. Over the last week the rumors have been getting heavier after the success of “Danse avec les stars” and the new single “Blonde”. The rumor being a return to the place where the tour all started last time for “En Concert”, at the Olympia.

Today, Alizée has publicly confirmed the return. With the first date being set on the 25th November. Taking place on the 11th anniversary of the concert in the “Halle Olympique” at Albertville which happened in 2003. No further details have been made public as of yet (though rumors remain).

Here below is the tour poster that Alizée shared with her fans on Instagram.

Of course, this will be her third tour to date. The first was En concert, which toured mainly France. The first venue for this tour was of course at the Olympia, and it is where some of the footage for the DVD “Alizée en Concert” was filmed. For those who may not have seen, here is a photo from Jo from the tour “En Concert”. 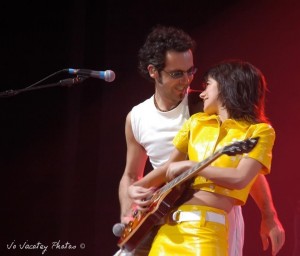 Her second tour was around Mexico, being highly popular albeit quite short. This was the last of her personal tours to date – although she did of course participate in the Danse avec les stars tour, and has been very active in Les Enfoires since. Below is a picture from the tour in Mexico, taken by RMJ. 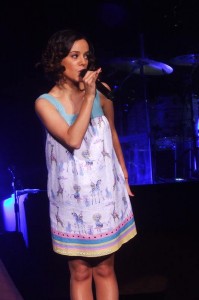