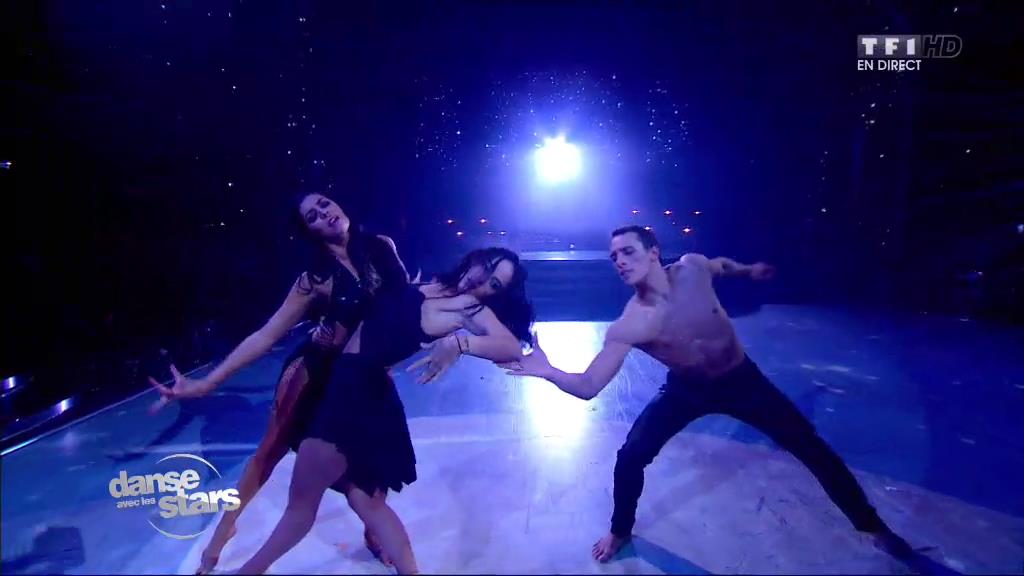 Alizée managed once again to dance two amazing performance with Grégoire Lyonnet on her side. This week’s specialty was the second dance during which they also had a third dancer, Candice Pascal.

Alizée’s first dance was charleston, she scored very respectable 69 points (artistic: 9,9,8,9; technical: 9,9,8,8). The choreography of the dance was well planned and even though few mistakes could be seen, judges did like it very much, as well as the live audience who applauded loudly.

On the second dance, it was once again time for rumba. We still remember her absolutely amazing rumba performance from the second week. For seventh prime, it was time to top even that! The song was chosen to be Une femme avec une femme (“A woman with a woman”) from Mecano. Addition to Alizée & Grégoire, Candice took part into dance. With this trio they managed to pull very sensual, beautiful, touching and dramatic play between two women and a man fighting over love. The scores did not come as a surprise… Three 10s for artistic performance made sure that Alizée scored the highest artistic score during the fourth seasons of Danse avec les stars, total of 39 points out of 40 for artistic presentation is just amazing. Her total scores were finally 73 points (artistic: 10,10,10,9; technical: 9,9,9,7), which also is her highest total score so far.

Needles to say, Alizée continues to the next show, which is the second to last, the semi-final of the season. Only four couples are left: Alizée & Grégoire, Brahim & Katrina, Keen’V & Fauve and Lætitia & Christophe.

Last week we asked you what was your favorite performance on week 6 and it turned out that majority was on the side of tango. On the show itself, tango was Alizée’s weaker dance (although, it can be questioned why it received such low scores…). Tango managed to get 57.1% of all votes, leaving flamenco at 42.9%.

This week, we will have pretty much the same question, which is your favorite performance on week 7? Charleston or rumba trio?