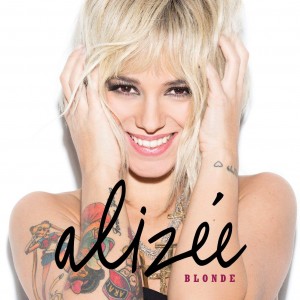 As you have surely already heard, Alizée is releasing a new single this week. The release came a bit as a surprise for everyone. Everything started on 12th of March when Sony México put on Instagram the cover art of the new single, “Blonde”, with a note saying that the single would come out on 21st of March. The cover is featuring Alizée… as a blond. This alone was a shock to everyone but things got even stranger when Sony decided to take down the photo immediately. Was it a fake? Was it prematurely published? What was going on?

Thankfully, just an hour later, Alizée posted on her Facebook showing another photo of her (from behind) having blond hair. At least the photo wasn’t faked, we could finally tell. But what about the single? Alizée stepped up once again on 14th of March, with information telling us that the single would be released 18th of March. Even sooner than Sony México had informed earlier! Only 4 days ahead! Soon after Alizée also Sony France confirmed the date so we had to believe it. And finally, even Sony México agreed on it a day later. 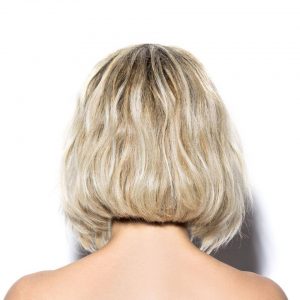 The new single is the first single of Alizée’s upcoming sixth studio album, which she started to work on during her Danse avec les stars participation. During DALS, she won the French audience on her side, so this was the right time to act. Unfortunately (or luckily?), since she won the whole show, she had to participate also on the Danse avec les stars – La tournée, a tour in French cities where she performed with few other dancers two of her dances (Black Swan & Bollywood) from the television show. This obviously delayed the work on the audience but as the tour itself was very successful for Alizée (she won 16 out of 21 shows) it was still good publicity for her.

On Sunday 16th of March, finally the first extract of the song surfaced on the internet. It did not come out of official source, but it’s the real deal for sure. We can hear Alizée singing about… well, blonds! The song has very catchy pop tune, something that was expected for the new album.

So, the radio release is on Tuesday 18th of March. And quite likely the single will become available on French download platforms also. You will be able to download the single from Amazon.fr or from French iTunes.

Here you can listen to small extract of the song!